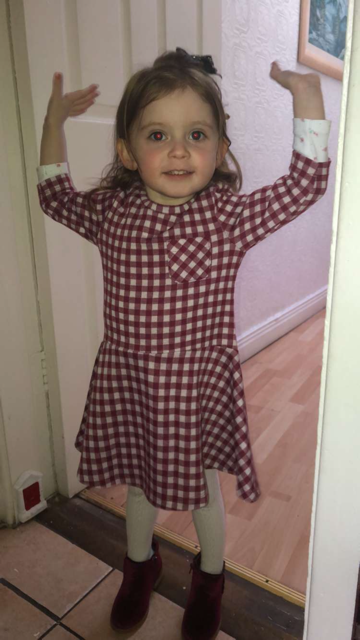 Our daughter Sophia (aged 3) was diagnosed with a brain tumour (ependymoma) in December 17.

Sophia’s first symptoms began in October when she first start vomiting. Up until this Sophia had never really been sick and was a happy bubbly little girl. The vomiting was every day either early morning or throughout the night and along with this came dehydration as she couldn’t even keep down liquid. We were over and back to the hospital but it was thought she had a viral infection and it would pass. It didn’t pass it only got worse as she was suffering from pains in her head, was losing weight and was very pale all the time. An X-ray detected mild acid reflux so she was put on tablets morning and night for this, an ultrasound and blood tests were all done but everything kept coming back as clear. 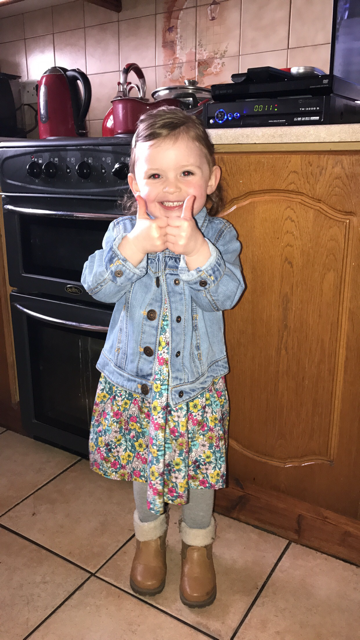 A ct scan was organised for the 8th of December as her symptoms still persisted. She had her scan that morning but by that afternoon we got a call to go back that the scan had showed something. When we got back over we knew it wasn’t good news when two doctors came into the room, the scan had showed up a mass lump and we needed to go straight to temple street hospital.

Our worst fear was confirmed on the 11th of December when the results of an MRI showed she had a tumour and would need surgery to have it removed. Her surgery was scheduled for the 19th of December longest day of our lives, we were so relieved when the surgeon came in to say the surgery was successful and he had removed the tumour. He explained a few days later after another MRI that she would require further treatment but the type of treatment (proton) was only available in Germany.

With this trip there was going to be a lot of cost implications and the pressure was mounting but after one phone call to John in the Gavin Glynn foundation he took this pressure of us by organising everything for us allowing us to concentrate on Sophia.

Our next step now is to travel to Essen for 3 days for planning meetings and we will then travel back to Essen at the end of January to start treatment on the 30th of January for 6 to 7 weeks.

We will be forever grateful to John and his team at the Gavin Glynn Foundation. We’ll never be able to thank them enough for what they have done for us.