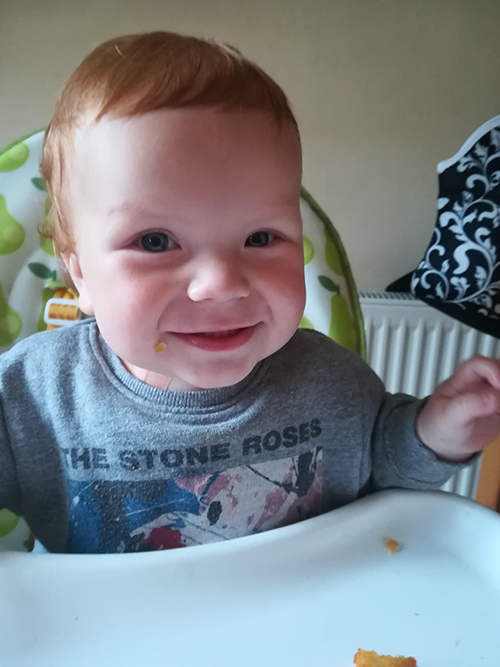 I noticed the squinting eye when Pawel was six months old. But I downplayed it because he did not have to squint all the time. I thought: ok, just as every eye sometimes squints for every baby, probably the muscles did not train themselves in the right way.

In June, we were on holiday in Poland and my friend, who is a kindergarten teacher, paid attention to the left eye. Then I actually thought it was a little worse. After returning to Ireland, I asked the nurse to refer to an ophthalmologist. Then everything went very fast. In Waterford, we found out it was retinoblastoma, the next day we had a scan in Dublin. The diagnosis was confirmed.

A few days later, we were in Birmingham for a thorough examination. Treatment was established and we have completed the first chemotherapy. We are grateful to all the people we have met: nurses and doctors in Ireland, and Birmingham, and the Gavin Glynn Foundation for their help. We feel cared for and surrounded by concern, we feel like a big family, and this is very important.