Overnight, our lives were turned upside down.

Words we heard from many parents who we have followed on the road to proton therapy in Essen, Germany. And words that apply equally to our own story.

A 24-hour whirlwind in April saw an eye appointment in Specsavers turn into an ambulance trip to Temple St Hospital, where emergency surgery to remove a brain tumour was swiftly organised.

And so Michael, our only child, our precious, exuberant, carefree 6-year-old red-headed bundle of energy, became a cancer patient.

The joy at hearing from the operating table that our consultant Kieron Sweeney had successfully removed the tumour was gradually tempered by the news that it was malignant and that a long period of treatment lay ahead. 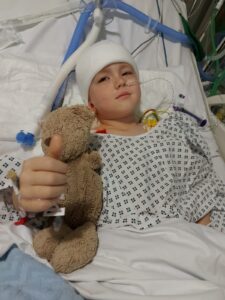 The 6-week proton-therapy course that has brought us to Essen would be followed by chemotherapy, stretching into 2023.

I think you need to be in the midst of such an ordeal to really appreciate the services of the Gavin Glynn Foundation. Upping sticks with the whole family to a foreign city and a foreign language for nearly two months is a daunting prospect at the best of times, compounded by the immediate financial concern around parking one’s employment and perhaps a partner’s too.  At a time when a child’s welfare is all-consuming, I shudder to think of the added stresses it would entail if one was left to one’s own devices.

To say that the Foundation looked after every aspect of our travel and accommodation would be to understate its role.  It also gave us on-the-ground contacts of Irish people (and fellow visiting families) who would serve as support in Essen.

It even extended to us being hand-held through to the cockpit of our plane by Aer Lingus at a crowded Dublin Airport! This made for a memorable day for Michael on a weekend when thousands ended up missing their flights – something we could simply not afford to let happen with treatment scheduled. 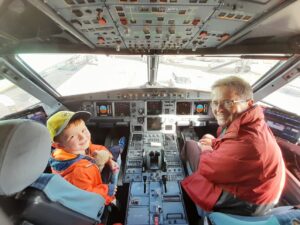 Amid the heartache which my wife and I have endured over the past two months, the Foundation’s work typifies the many enriching moments of humanity and goodwill that we have experienced and will retain as we accompany our son on his path to a happy and fulfilling life. 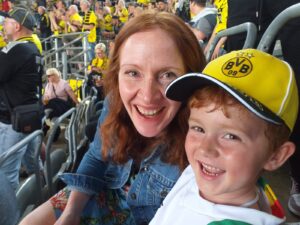