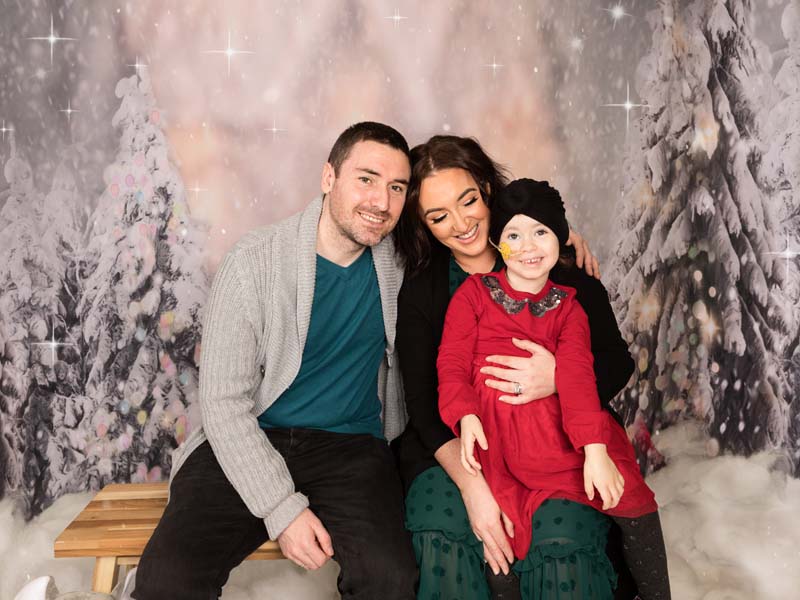 Our beautiful daughter Marlie was born during Storm Emma in March 2018. She is the only child to my husband Craig and I. I often say she’s always known how to make an entrance! She is a very chatty and bubbly little girl, with the brightest smile and the best sense of humour.

In the summer of 2021, Marlie began to become more easily fatigued and her appetite declined. I brought her to a GP about these symptoms and her intermittent complaint of a headache, but he checked her out and advised that all was OK. Only a day after our GP visit, Marlie vomited for the first time. We brought her to A&E as I knew that something was wrong but she was discharged later that day and we were told that it was a vomiting bug. When I voiced my concerns about the headaches that she had also been complaining of, I was advised that they weren’t concerned about any brain tumours and that Marlies symptoms were all explained by the vomiting and the dehydration associated with it. Marlie had presented to both the GP and A&E last summer during the heatwave, so we were advised by both parties that more children were presenting with these symptoms due to the heat.

Two days after her presentation to A&E, Marlie almost died due to an undiagnosed brain tumour. Her life was so thankfully saved that day by her incredible neurosurgeon and his team. It is still incredibly difficult and painful to recall the events of that day and the ones that followed but we will never forget them and our hearts breaking again when we got the news that Marlie’s tumour was not benign, and was in fact a Grade IV embryonal tumour called ETMR.

We spent the next month in CHI Temple Street, where Marlie underwent 5 brain surgeries, prior to her transfer to CHI Crumlin. We are so grateful for the care that she received while we were there, by the brilliant staff on St Gabriel’s Ward.

In September 2021, Marlie was transferred to CHI Crumlin where she began her chemotherapy plan, under her amazing oncologist and her team. With the great help and care of all of the brilliant staff on St John’s Ward, Marlie completed 5 rounds of chemotherapy, including 2 rounds of high dose chemotherapy and 2 stem cell transplants. She also had to have a 6th brain surgery during this time but thankfully recovered so well and so quickly from this.

When the prospect of travelling for proton beam therapy came in to the picture, it was my aunt who advised me to look up The Gavin Glynn Foundation and the incredible work that they do with families who have to travel overseas to access cancer treatments with their children. The time since diagnosis has been so stressful and difficult, so to think of the addition of travelling to a foreign country with a child who was critically unwell was quite overwhelming, but after one phone call with John Glynn I was immediately reassured and completely blown away by the work that The Gavin Glynn Foundation does.

I cannot express in words how thankful we are to The Gavin Glynn Foundation for their great care and support of our family. With their help we have already completed the first leg of our journey to Essen completely hassle free. We didn’t have to worry about any expenses, which was just so unbelievable to us and took such a weight off our shoulders. They have also been in regular contact and checking in with us, right there at the end of the phone anytime of the day or night to answer any questions or to offer advice. We would travel to the ends of the earth and beyond for our daughter and we are so grateful to be assisted in doing so with this.

We still have a road ahead of us but we are thankful for where we are now and hopeful for a bright, beautiful and healthy future for our Marlie. 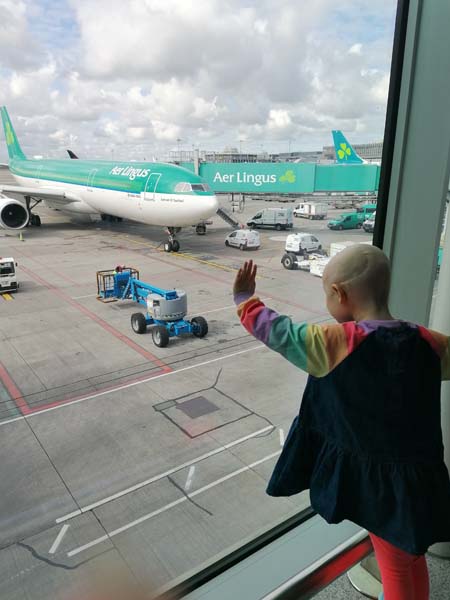 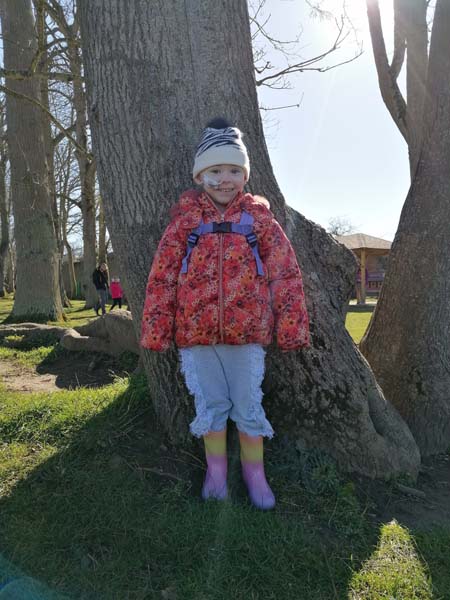