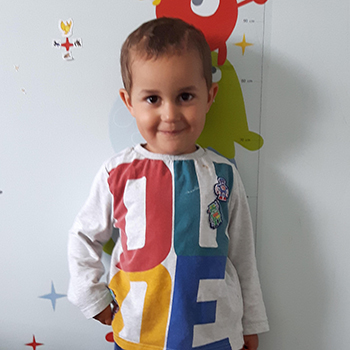 This is our little boy Eoin, who was diagnosed with a rare brain tumour called Craniopharyngioma on the 9th March 2017, shortly after his second birthday. In the few months prior to his diagnosis, we had noticed an issue with his vision. We took him to an opthalmologist, who after finding no anatomical abnormility, ordered an MRI scan which revealed this horrible mass right in the centre of his brain, and pressing on his optic nerve. Eoin was taken to theatre as an emergency operation was required to drain the cystic part of the tumour to relieve the pressure on the optic nerve. The operation was a success. His vision improved immediately and he recovered well. In the year that followed, Eoin was kept under surveillance with regular CT and MRI scans at both Temple Street and Crumlin Hospitals, each scan showing an increase in size of the solid part of the tumour and the cystic part had become more complex in nature. The decision was then made to partially remove the tumour surgically. The operation was performed on 6th March of this year. The surgeon was quite pleased with the result as he had managed to remove 95% of the tumour. Unfortunately, the remaining part of the tumour has grown again and the Oncology team in Crumlin Hospital have decided that proton therapy is necessary at this stage. 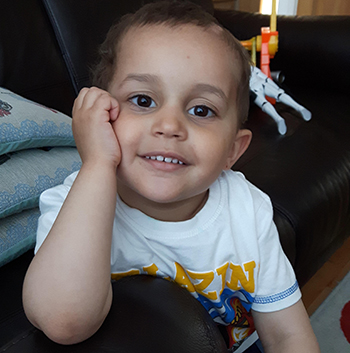 This type of treatment is not available in Ireland and therefore we find ourselves having to travel to Germany. And this is where the Gavin Glynn Foundation stepped in. From initial contact with John, he has shown nothing but kindness and immense support toward us. Receiving the news about Eoin has been extremely hard and it has been a very emotional year gone by. John and his team have taken the stress of travel arrangements so that we could focus on our little boy and the tough journey that lies ahead. We are so humbled by the kindness and generosity that this organization have bestowed upon us and we could not thank them enough.