Daniel Galusca was born on the 8th of June 2003. He was a very healthy baby and rarely encountered problems except for a few colds. Daniel has one younger brother and one older brother.

On Tuesday 2nd of August, Daniel began to notice many little dark spots in the center of his vision. He also began to have sharp headaches throughout midday every second 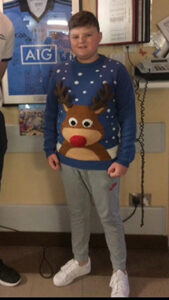 day. We thought it was due to the heat, as we were on our holidays, but the problem with vision concerned us a lot. We brought Daniel to the GP once we arrived back in Ireland. On the 24th of August we went to the ophthalmologist for an eye check up. The eye doctor said that there was nothing wrong with his eyes, that could be from the migraine. We waited a few weeks to see if Daniel felt better. But after that his vision and headaches remained a frequent occurrence.

We visited Temple Street Hospital in Dublin and asked to go for a MRI. After the MRI we left the CD of the MRI Results at Temple Street hospital, we returned home. We then received a call to urgently go back to Temple Street. They discovered that Daniel had a benign tumour in his head. It was called craniopharyngioma. This was putting pressure on his eyes which caused the poor vision and headaches.

Daniel was sent to Beaumont for some blood tests, an MRI and a CT scan. He stayed for a week and was then sent home until the doctors made a plan for Daniel’s surgery. Daniel was brought in to Beaumont on the 3rd of November 2016 and surgery was performed the following day. After an 8 hour surgery and a 3 days stay in the intensive care unit, Daniel started to recover slowly, he was visited by his brothers and other relatives, even his soccer team wanted to come in and visit him!

Then the doctors told us that they couldn’t remove the whole tumour and we need to go for proton radiotherapy Treatment in Essen Germany. We were told that the HSE would pay for Daniel’s treatment. The rest was up to us, we had to pay for the flights, accommodation and all other expenses we’d come across. This is when The Gavin Glynn Foundation stepped in. They offered to pay all of our expenses such as flights and accommodation. After a phone call to John, we were assured these expenses were being paid for, we were extremely grateful for this. This meant we had more time to worry about Daniel.

We were shocked to hear that our son had been diagnosed with a tumour, it was very unexpected as Daniel was a very healthy boy throughout his early childhood. It is expected that Daniel will make a full recovery after surgery and will return to his normal ways and return to playing sports. We will always be thankful for the support we have received from The Gavin Glynn Foundation throughout this difficult journey. 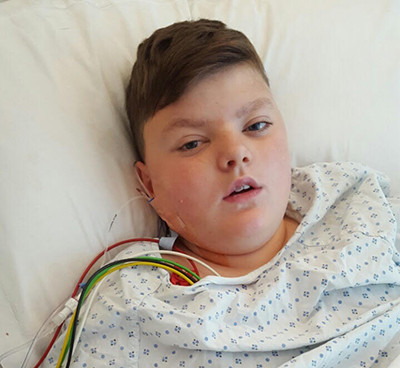