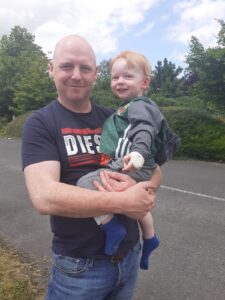 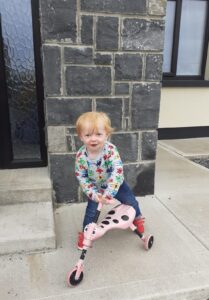 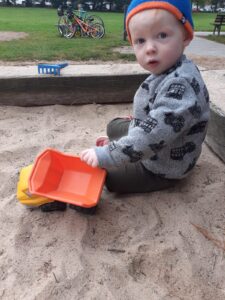 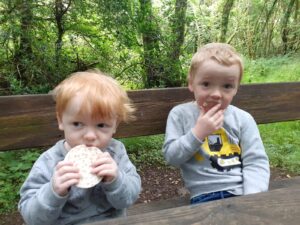 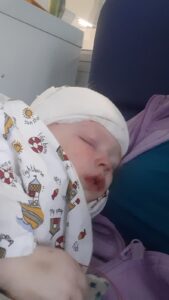 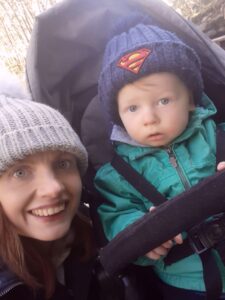 On the Tuesday following the June Bank Holiday weekend 2021, our bright and bubbly younger son Tomás, who was 20 months at the time, vomited in his cot.

He got sick on and off over the following days and by Friday I was concerned about him becoming dehydrated so we visited our local A&E at Mayo University Hospital. He was given fluids and sent back home. However on Saturday morning he was still getting sick so we went back to A&E and he was re-admitted.

By this stage, he was beginning to complain about his head being painful but the doctors weren’t overly worried, believing it was a viral infection. Things weren’t improving by Sunday and I was becoming increasingly concerned that something serious was wrong and asked for a CT to be done. The consultant, who told me he always trusts a parents’ gut reaction, agreed and on that Sunday night our worst fears were realised.

The CT showed that there was a mass in his brain. On Monday we were whizzed by ambulance to St Gabriel’s ward in Temple St, had an MRI on Wednesday and surgery by the excellent neurosurgery team on Friday. It was a whirlwind of a week!

The removal surgery was a success but the results showed that the tumour was cancerous and would need input from the oncology team at Crumlin. Initially Tomás’s disease was thought to be complicated in nature so it was recommended that he undergo chemotherapy at St John’s Ward in Crumlin in July and August 2021.

At the end of August, we received a call to say that the second opinion review of his case by international experts which we had sought, indicated that the disease course was not as complicated as originally thought and that he was suitable for proton therapy. Within two weeks we were in Essen, Germany undergoing assessments and planning scans, and the following week we were back over to begin his treatment.

While we got our heads around the revised diagnosis, frantically sourced passports for everyone in the family, and got some necessary tests completed in Crumlin so the results could be forwarded to Essen, we didn’t have the headspace for organising the logistics of the trips to Germany.

Enter The Gavin Glynn Foundation! John has been so supportive since I first made contact with him. He has looked after the organising of everything, from flights, accommodation and transfers for our trips right down to ensuring the boys have the right car seats for taxi journeys and Tomás has a travel cot complete with digger themed bedding! The Foundation goes over and beyond to ensure that everything is looked after so that, as a family, we can focus on giving Tomás and his super sibling James exactly what they need during this difficult time in our lives.

Throughout the time since his diagnosis Tomás has been an absolute trooper and never let it get him down. He loves nothing more than playing with tractors, diggers and water, running about with his big brother and visiting playgrounds.
Tomás will celebrate his 2nd birthday while we are here in Essen, and we are hopeful that this treatment will give him the opportunity to celebrate many many more.