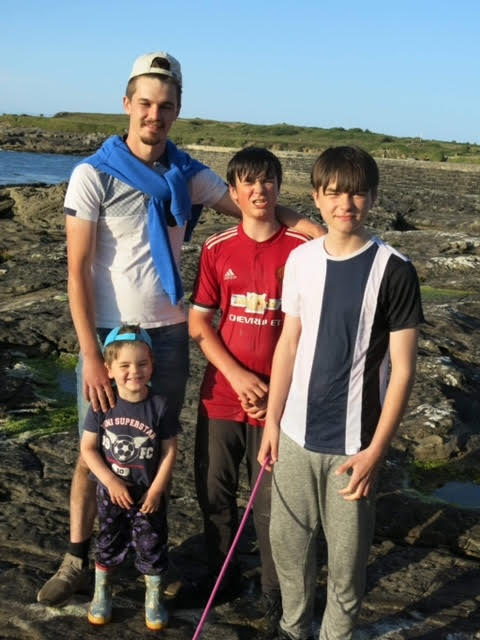 It started with a toothache.

Something which millions of people get everyday, but this wasn’t just a toothache, this was something that was going to rip the world we knew apart.

It was the end of May 2021 when Sammy came to me and said his mouth was sore on the right hand side and he thought he needed to see the dentist.

At present, with Covid, it took longer than usually to get an appointment so we didn’t get seen until early July and at this point Sammy was in a lot pain.

The dentist was super, found a small cavity and after xrayssaw a wisdom tooth, but did explain he didn’t think this would be casing Sammy the amount of pain he was in, so suggested seeing a Doctor.

During the month of July and August we saw the Doctor twice and had telephone consultations and we were getting no where.

Sammys jaw had swollen up so he looked like I had given him a swifty left hook and he couldn’t open his mouth wide enough to fit in his pinky finger.

His weight plummeted as he struggled to eat and not one pain killer was working. Still, I got no where with the doctor. My concerns were growing as I recalled being a teenager and a close friend of mine called Lee had an abnormality appear in his face, which eventually turned out to be caused by a cancerous tumor, which sadly spread and Lee died in 1995.

On one phone call I asked the doctor if this issue with Sammy was something I should be concerned about and she still told me to it was dental.

At this point I called the dentist back, who had been so helpful and he referred us to a dental/doctor in Belfast who was private. My dentist didn’t know what it was but he was sure it wasn’t the wisdom tooth causing the issue.

On the 21st September Sammy had the appointment in Belfast, and although the doctor didn’t give us a diagnosis there and then, he red flagged Sammy and stated he needed an MRI scan as of yesterday and could not understand why the Doctor had not rushed it through.

We then straight from Belfast to Sligo, who referred Sammy to the Maxfacs team in Galway hospital for the 22nd September.

After two and a half weeks in Galway, and after numerous tests and scans we finally got the diagnosis of Rhabdomyosarcoma. This is what no parent ever wants to hear, your kid has cancer. Nothing can ever prepare you for how you feel. The fear, the anger, the why my child.

Sammy was taken up to Crumlin in Dublin and they were straight on the ball, with final scans and test, fitting his chemo port and starting chemo.

That was mid October and we have had four rounds of chemo completed and Sammy is now about to start on his next part of this journey and head to Manchester for his Proton therapy.

It is here, where we are now that I want to mention John at the Gavin Glynn Foundation for his support and financial contribution to allow this trip to Manchester to happen.

Without John, this wouldn’t be happening and I can’t ever thank him enough. Not only for the financial side, but his organisation of everything from flight, to taxi’s to the accommodation. It’s strange how you find kindness in total strangers when you are at your darkest.

I would like to say to ANY parent, you know your kids, and if you EVER think something isn’t right don’t stop until you have all the answers. I knew something was wrong with Sammy even when the medical help to hand was turning me away.

If I hadn’t of known Lee all those years ago and had of sat back and waited to see what would come of the swelling and pain, we could be a in a far worse situation than we are in at the moment, and trust me this isn’t a great situation.

Always push, never feel you are a pain because these kids are so precious. 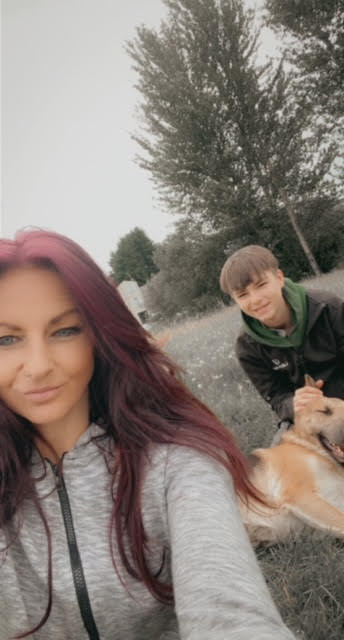